The physical interface is the physical port or the network adaptor provided in network devices that are used to connect different types of cables for data communication.

The different types of physical interfaces used in Cisco  routers and switches are:

Naming Convention of Physical Interfaces of Routers and Switches

The physical interfaces of network devices like routers and switches are denoted by their interface IDs. The interface Id represents the media types, slot numbers and location parameters.

The interface IDs of routers and switches are represented as:

Serial0/0 or s0/0 denotes the serial interface with slot no 0 and port number 0.

Physical Interfaces and cables play a major role in connecting the different devices and the network components throughout the network. The Ethernet  physical cable can be : 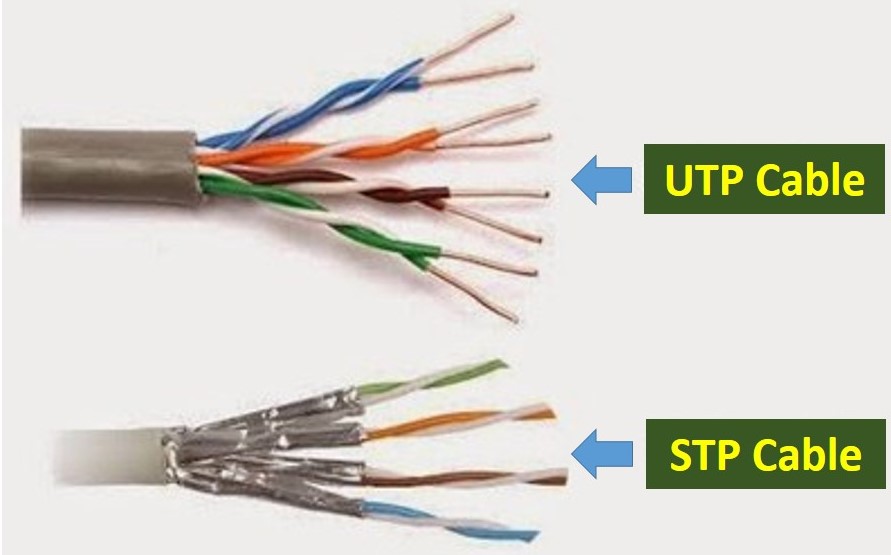 In Ethernet technology, the most common type of copper cable used is twisted pair cable. The twisted-pair cable is made up of two copper wires twisted together. Each copper wire has a coating of insulation. One of the conducting wires carries a signal and the other one acts as a ground. Two wires are twisted together in order to reduce noise or cross talk. The more the number of twists or twists, the greater will be the transmission speed.

There are two types of twisted pair cable.

STP cable is composed of four pairs of copper wires. Each pair is shielded with an aluminium file and all the shielded pair is bunched together within the diagonal wire mesh. The shielding provides better noise reduction and protects from electromagnetic interference. the shielding also provides a better data transfer rate than the UTP.

However, the cost of installation of cable is higher than that of UTP. STP are useful eclectic power lines or cables that run parallel with the networking cable. 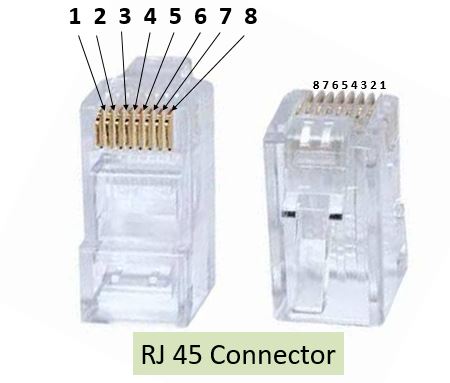 RJ-45 connectors are used to connect different types of twisted pair cable(UTP/STP) at each end.

RJ-45 (Registered Jack-45) connector is an 8 pin modular plug that is attached to the Ethernet cable at the end of the cable. RJ-45 connector at both ends of the Ethernet twisted pair cable is popularly called Ethernet patch cord or cable.

The straight-through cables are the most widely used Ethernet LAN to connect a computer or server to a network switch or router. The cable consists of four pairs of twisted wires. Each pair has different colour codes with RJ 45 connectors at each end with the same pinout at both ends.

The RJ45 cable comes in two standards as defined by TIA (Telecommunications Industry Association) for maintaining consistency throughout the Ethernet network. It can be either T568-A or T568B standards. 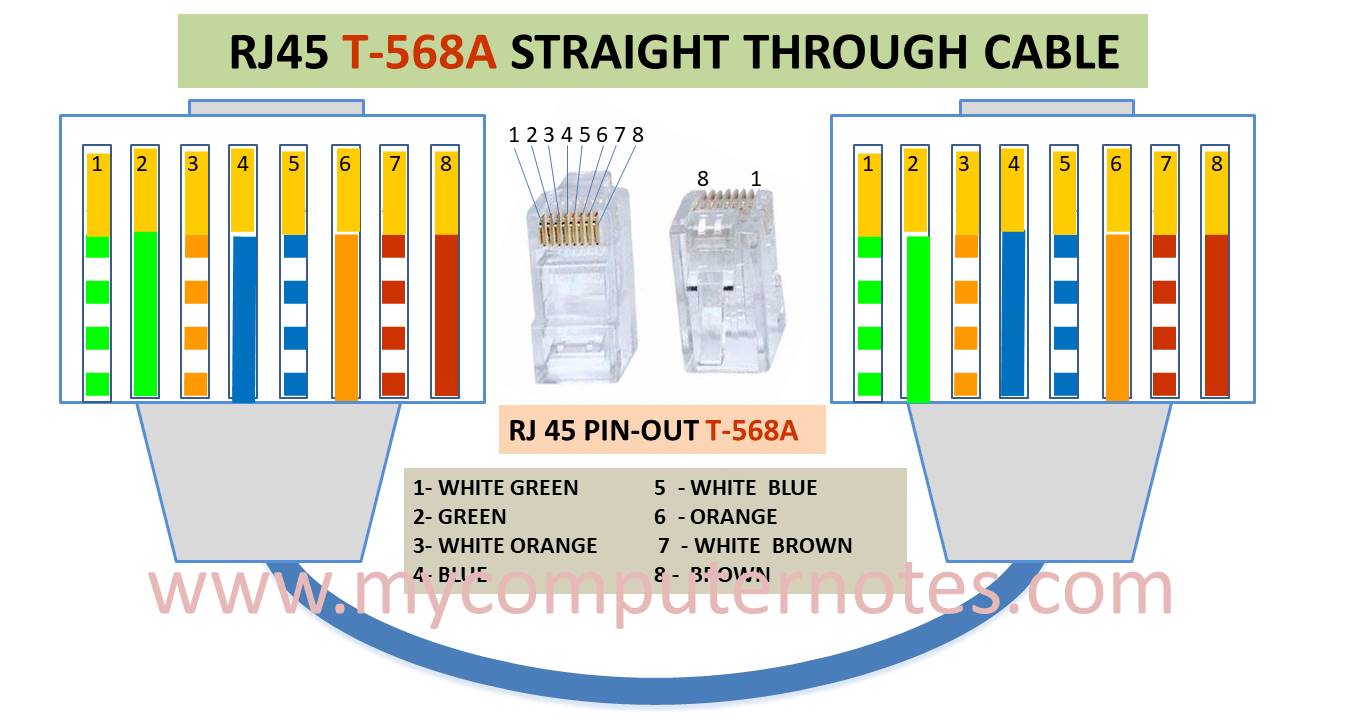 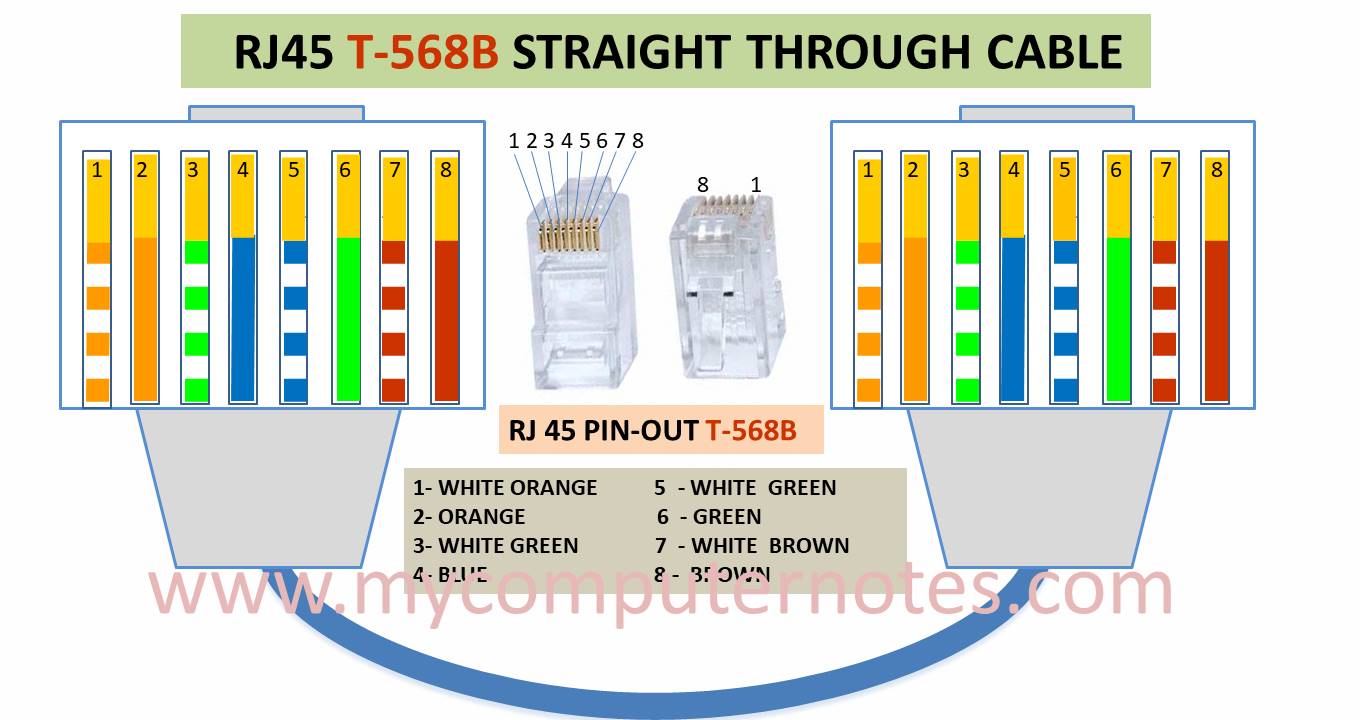 Use of straight cable 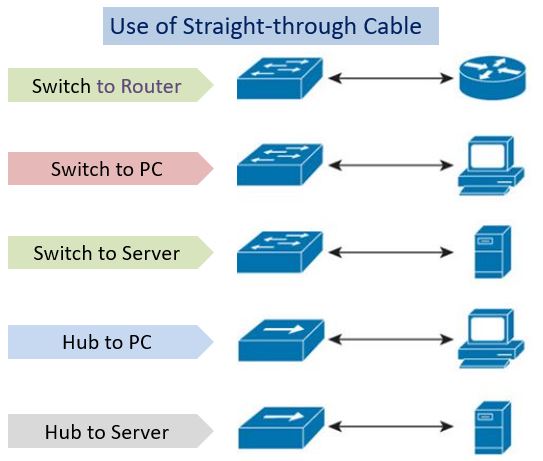 Unlike Straight through cable, Cross over cable pinout is different as compared to the straight-through cable. It uses both the TIA standards at each end of the cable. You can find T568A type at one end and T568B type at the other end. The wires for transmitting and receiving signals are reversed at the respective end. 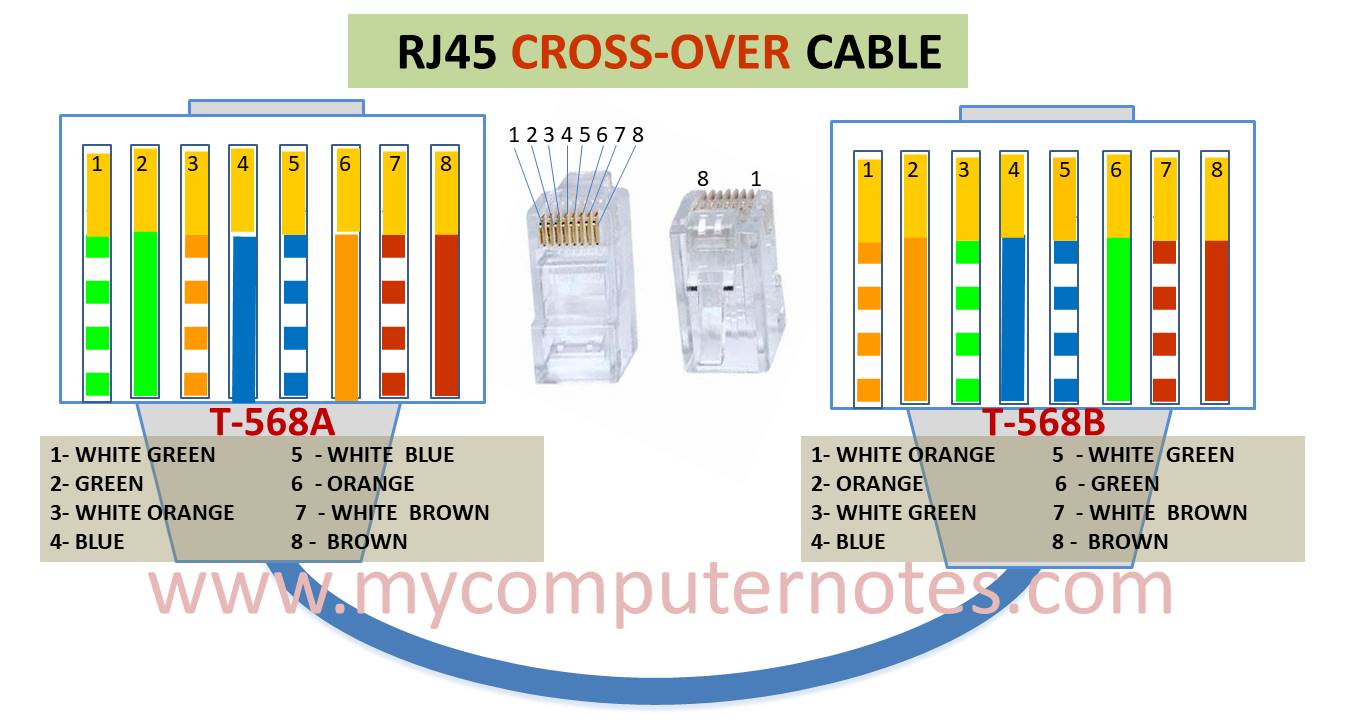 Use of cross cable 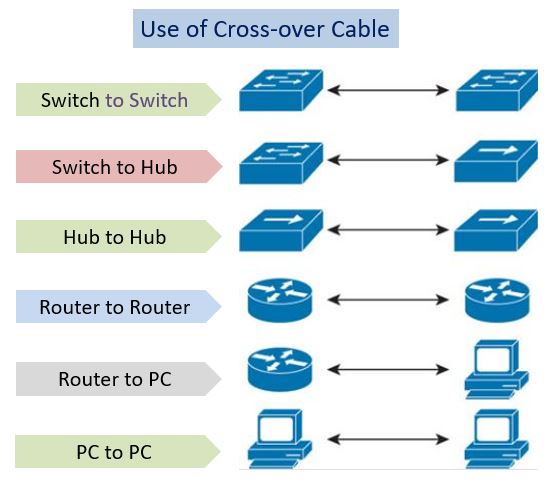 The roll-over cable, also known as Cisco Console Cable is used to connect the router’s console port with the computer terminals. It also consists of four pairs of flat cables and the pinout at one end of the cable is revered at the other end. 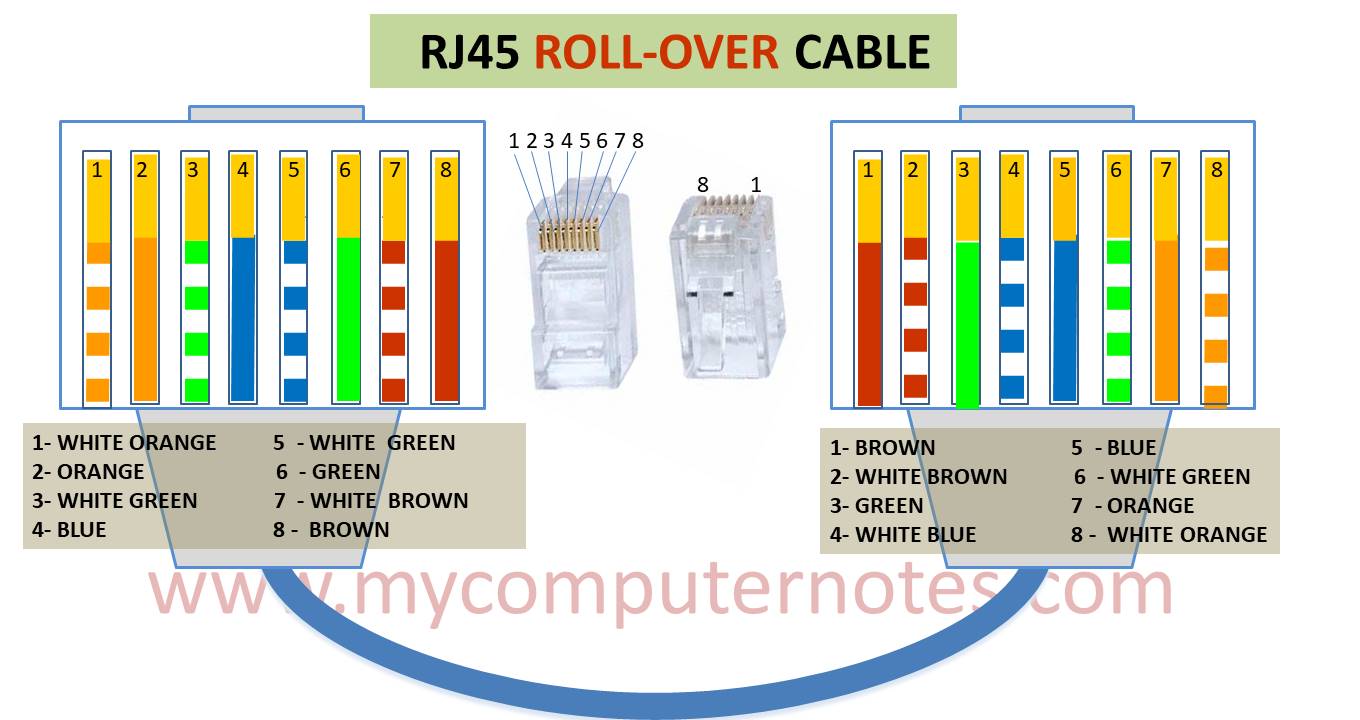