Network topology architecture defines the complete overview of any organization’s network infrastructure. Generally, network topology and network architecture are different terms often confused by many that their meaning is the same. Let me explain in brief that how do they define separately.

You can click on the link below to know more about network topology in detail:

What is a Network Topology and its Types

Whereas, network architecture defines the overall design of the computer network. It is the complete framework of the network that defines the logical and the structural layout of the network systems and their associated hardware such as routers, switches, endpoints and the network media.

Peer to Peer and Client-Server Architecture

Three-tier architecture is designed for large enterprise networks. It is also called a three-layered hierarchical model. The three-tier model consists of three layers.

In two-tier architecture, the distribution and the core layer are collapsed to form a single layer. The new collapsed layer is named as collapsed core layer.

WAN is a large network that spans a greater geographical area and is composed of two or more LANs or other networks.

The public WAN is the internet.

The WAN uses different topologies. The most common topologies are

SOHO stands for Small Office / Home Office Network. Nowadays most entrepreneurs and small business owners prefer to work from home. Else, they establish a small office space with limited networking devices to run their business smoothly. Most of these SOHO networks are connected to the internet and cloud and provide access to their clients and employees using the internet using minimum resources.

To establish a SOHO network whether, at home or a small office, you need an internet connection, a router, one or two network ethernet switches, access points, PC or laptops. Atypical SOHO network architecture looks like as under: 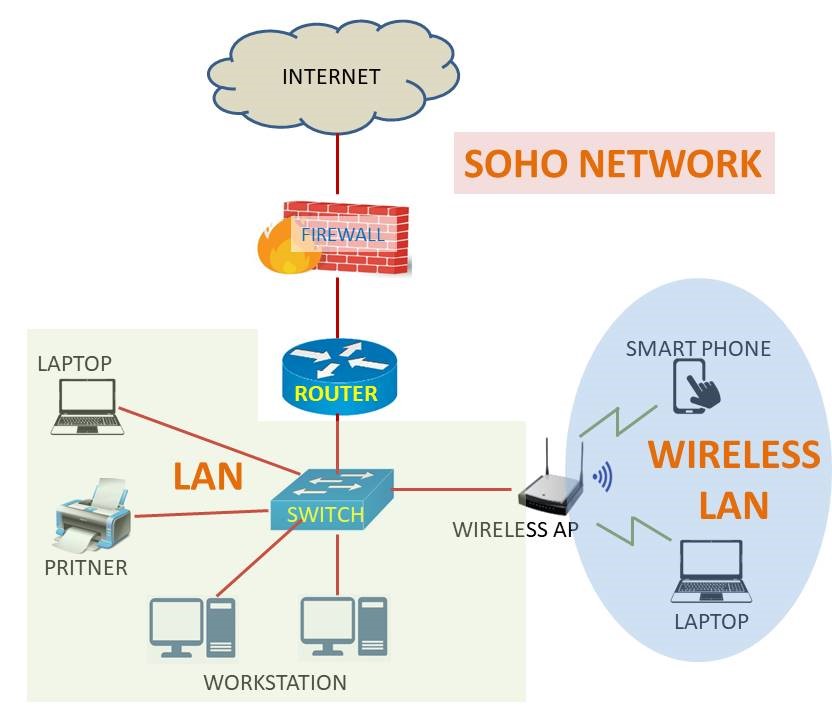 In today’s scenario of rapidly changing infrastructure, cloud computing, or simply cloud has become the most trending term and many IT companies and organizations are migrating towards cloud solutions for their business growth.  There are still some organizations that still rely on on-premise services.

From the CCNA perspective, I will explain the brief introduction of cloud and on-premise service. Let us understand these two terms separately.

On-premise is the in-house set-up of the IT infrastructure of a company or an organization. Servers and other network resources are available to its client locally within the organization.

On-premise is a traditional approach to providing computing services to the client within the organization. The network resources such as servers, data storage, application and database are the sole property of an organization. It is managed and administered by the company itself.

Cloud computing or simply cloud is the online and on-demand computing services over the internet. The customer can avail of cloud service as per pay for use basis. The cloud service is easily accessible from anywhere, anytime and from any device.

The cloud service is broadly divided into three categories.

The application service is provided to the user as per the demand of the user. Hence, SaaS is also termed as On-demand software. Examples of SaaS are Office 365, Cisco Webex, etc.

Paas stands for Platform as a Service. Paas is a type of cloud service that provides a computing platform for software developers to test, run and develop software programs. It provides run time runtime environment for the programmers to compile and debug programming code using cloud service. The programmers don’t need to install different compilers and code editors at their local machine.

IaaS is a highly scalable service and provides GUI and API bases access to the client. 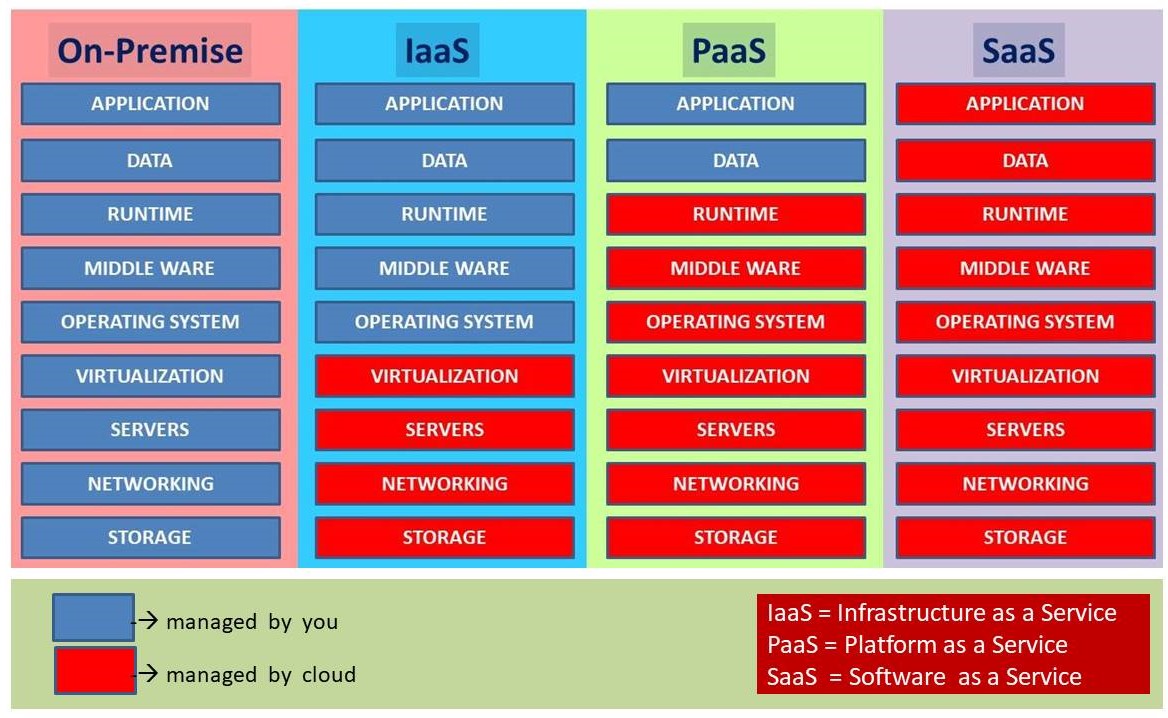