This article explains about the Windows File System. The family of Windows operating systems mostly use two major types of file systems i.e. FAT ( File Allocation Table) and NTFS ( New Technology File System). Before going to discuss about FAT and NTFS, let us know what actually the file system is:

What is a file system:

A file system in a computer is a method of storing and organizing data or files in a secondary storage media like hard disk, floppy disk, optical drive, etc. Every data in a computer is saved as a file. A file is a collection of data saved as a single unit and each file is identified by its file name. A file can be in the form of image, document, video, audio, etc. The collection of such files constitute a directory or a folder.

The operating system employs the files system to manage and organize these files and directories on the storage media. A file can not be stored in a single large space of the hard disk. It is logically divided into smaller sizes of clusters. Different file system utilizes different sizes of clusters. A file may occupy one or more clusters to store its data on the hard disk.

When a file is written on a hard disk, it occupies one or more clusters depending on the size of the file. When file size is greater than the cluster size, it occupies more than two clusters. But, multiple clusters occupied by file may not be adjacent to each other. However, it may be distributed across the hard disk.

In order to keep a record of which file occupies how many clusters, the FAT system maintains a table containing files and clusters location. Hence, when a file is to be retrieved or read, it is the job of the operating system to fetch the file from different cluster locations by looking at the FAT table. 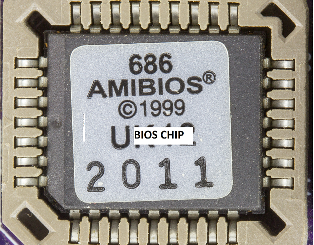 What is Booting and its Types