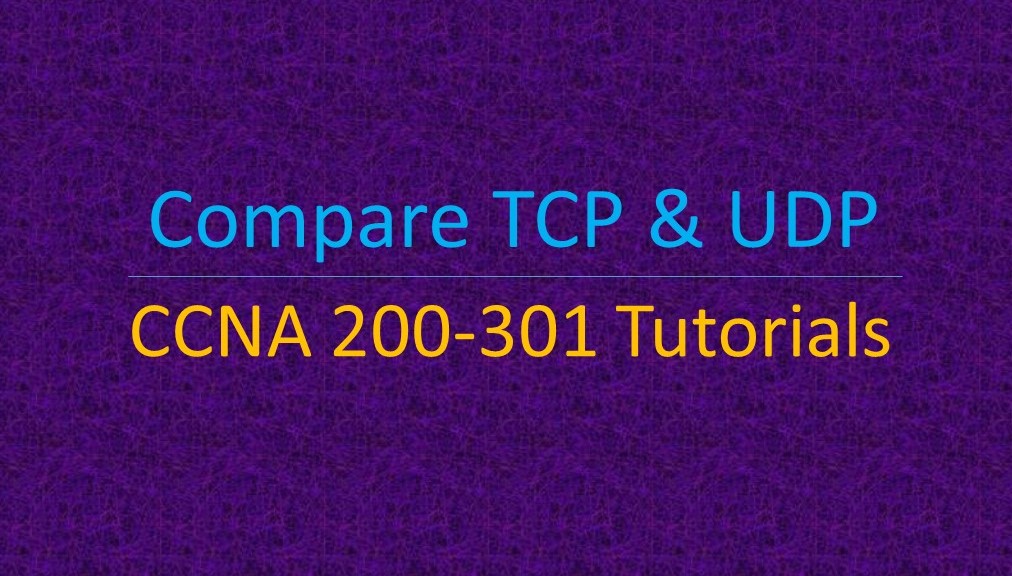 In this section, we explain the features and working of the  most popular and very important protocols of the transport layer of OSI model : TCP and UDP. The  topic will cover the basic functionalities of TCP and UDP, TCP and UDP segments format and a comparison between TCP and UDP.

TCP and UDP in Transport Layer

TCP (Transmission Control Protocol) and UDP (User Datagram Protocol) are the major protocols that work at the transport layer for various network application services. TCP is utilized by the service where reliability is the top priority. UDP is used by services for faster communication like real-time applications, live streaming etc.

What are port numbers in TCP and UDP?

The port numbers are unique numbers used with IP addresses. It ranges from 0 to 65535. Port numbers are controlled and registered by IANA (Internet Assigned Numbers Authority). TCP and UDP use port numbers to identify the different application services.

IANA has classified the port numbers into three board categories:

It ranges from 0 to 1023. It is controlled and registered by IANA. Popular application services like HTTP, FTP, SMTP, and telnet are assigned fixed well-known ports.

It ranges from 1024 to 49151. It is not controlled by IANA. It is only registered by IANA to prevent any duplicacy.

It ranges from 49152 to 65535. It is neither controlled nor registered by IANA. Dynamic ports are mostly used by the processes running on the client end.

How does TCP work

TCP is a connection-oriented and reliable protocol. Before sending data to the destination, the source always establishes a TCP connection and then begins exchanging information. The connection is then terminated after the data transmission is over. The establishment and the termination of the TCP connection is performed using a three-way and four-way handshaking mechanism. Later on, we will discuss in detail how three-way and four-way handshaking is done. 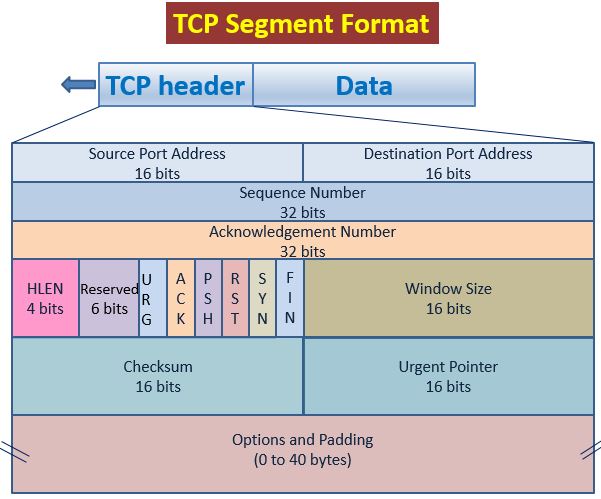 It is also a 16-bit field. When the ACK flag is set ON, it contains the next sequence number of the data byte and acts as the acknowledgement for the previous TCP sequence received.  For example, If the destination host receives the sequence “X“, then it replies with “X+1” as an acknowledgement number.

It is a 16-bit field and defines the size of the window that the destination host can accept.

It is a 16-bit field used for error control. This field is optional in UDP.

The urgent pointer is a 16-bit field to process data urgently. When the URG flag is set ON, it requests for the urgent process.

This field can be up to the size of 40 bytes. 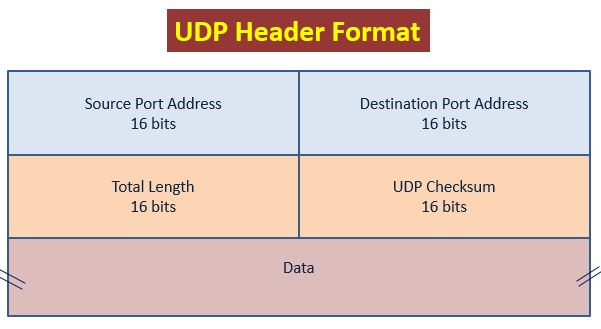 The field is a 16-bit length that indicates the length of the UDP segment including the header and the data.

The TCP three-way handshaking process is a three-step process in which the client establishes the virtual connection with the server prior to the exchange of data between them.

Step1: The client sends the TCP segment to the server with the SYN flag set ON.

Step2: In response to the client request, the server sent the TCP segment with SYN flag and ACK flag set to ON.

Step3: Finally, the client replies by sending a TCP segment with the ACK flag set to ON.

This completes the process of three-way handshaking and the TCP connection is established between the client and server, Now, both of them are ready for the exchange of real data between them.

After the exchange of data is completed between the client and the server, The TCP connection needs to be terminated.  A four-way handshaking process is performed to terminate the connection.

Step1: The client sends TCP segments with the FIN flag set ON.

Step2: The server replies with the ACK flag set to ON.

Step4: Finally the client replies with the ACK flag set to ON.

This will terminate the connection between the client and the server.

Next Generation Firewall and IPS