What is a Firewall 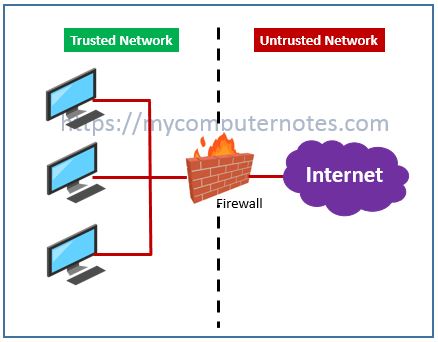 What is the need for a firewall in network security?

The use of the internet is growing exponentially day by day.  Consequently, the ongoing threats due to cybercriminals and malicious activities across the internet have become the biggest challenge for the organization, government, or business establishments to prevent their trusted network from such threats.

Traditional firewalls are network security devices that filter incoming and outgoing packets through them based on IP address, port numbers, protocols and the state of the packets. It is the older version of firewall techniques. It works on the basis of stateful inspection of incoming and outgoing traffic. The traditional firewalls have certain limitations that they are not much effective in detecting application-level threats.

The major features of Next-gen firewalls are:

Cisco firepower series NGFW is loaded with a bundle of features. Cisco Next-gen firewall is not just an access control and traffic filtering mechanism, but it also provides a very high degree of protection and automatic threat detection.

Some of the key features of Cisco next-gen firewalls are enumerated below.

What is IPS in networking?

In the context of computing, IPS stands for Intrusion Prevention System. IPS is a network security arrangement that thoroughly examines the network traffic flowing in and out of the network. It detects any malicious threats and vulnerable exploits on the traffic. It also checks for the unusual behaviour of traffic.

Any suspicious behaviour or threats are recorded and then take preventive action by the IPS to prevent the suspicious activity from any damage to the trusted network.