This section will explain the Configuration of Virtual LAN in managed Switch with an example.  We are using the Cisco managed switch to illustrate how to configure VLAN using Cisco packet Tracer simulator software for illustration. Catalyst Switch (2950T) is used for practical purposes in Packet tracer to configure VLANs.

As we know, VLAN is a process of breaking down a single broadcast domain into multiple broadcast domains. Thus, VLAN helps to segment a single large network into a number of smaller networks. In this way, the implementation of VLAN makes the network management and administration easier, better control over the unwanted traffic flooding across the switch ports, and enhances the security policies.

Let us understand the topic in-depth with the following illustration.

Suppose, you are working in an organization as a network administrator.  Your organization has three different departments: ACCOUNTS Department, HR Department, and Inventory Department. The computers of all the departments are connected with a single LAN.  As more computers will be going to add to the network in the near future. Due to which the network performance might affect badly. The problem can be solved by assigning separate VLANs to the respective departments.

So, the infrastructure management asked to solve the issue by implementing VLAN so that each department is connected with separate VLAN. Doing this, you can control the unwanted traffic flow to different VLAN as well as your network security will also be enhanced.

To implement, you have to follow the steps below.

The first step for configuring VLAN on a managed switch is to create a VLAN ID. Different VLANs on the network are identified by their VLAN IDs. The VLAN ID is a numerical number that ranges from 1 to 4094. The VLAN 1 is called default VLAN. The default VLAN 1 always exists on every switch even if it is not configured for VLAN. So, VLAN 1 cannot be assigned to any other VLANs. Apart from this, VLAN ID 1002 to 1005 is reserved for Token Ring and FDDI network. You can use VLAN ID 2 to 1001 and from 1006 to 4094. VLAN ID 2 -1001 are called normal range VLANs and are used for the small and medium-sized enterprise network. VLAN ID 1006 – 4094 are called extended-range VLANs and are used for large enterprise networks and service providers where very large numbers of customers are connected.

When a single interface is selected, then the following command is executed.

When multiple ports are selected, then the following command is executed.

The trunk link is established between the managed switches. The trunk port can carry the traffic of different VLANs.However, you can restrict the traffic of specific VLANs by employing Allow or deny command.

This command will allow all VLAN traffic to pass through the Trunk link.

The network sees VLAN as the logical interface. Hence, it can be configured with an IP address for managing and troubleshooting the switch remotely. The VLAN IP addressing is used to provide inter-VLAN to communicate between the different VLANs.

In the example, we are using the Packet Tracer simulator for implementing VLANs to the switch.

The following VLAN IDs are assigned to the respective branches.

Create a topology in packet tracer with given parameters, as shown in the following image.

Configuration of VLAN in Managed Switch

Now, follow the step by step configuration as mentioned below:

Step 1: Create VLAN IDs for respective VLANs and name them. 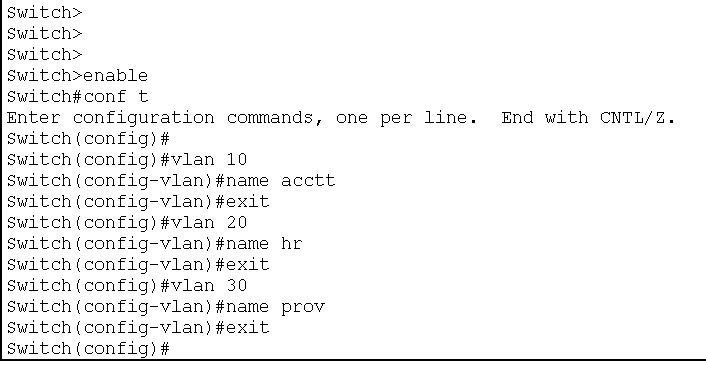 The configuration for switch 1 is complete. Similarly, switch 2  is configured with the same parameters as switch 1

To assign IP addresses to the PCs, just double click on PC-PT and Click Desktop menu item and click the IP Configuration. Select Static from radio option and fill IP address, subnet mask, and default gateway IP in given input boxes. Use PC Configuration table to assign correct IP addresses to all the PCs. 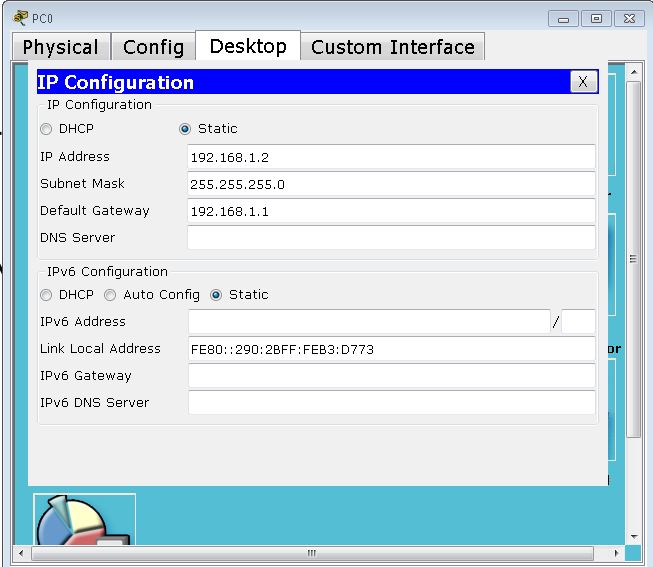 Now, Check whether the VLAN  is properly configured or not.

For this, launch a ping command from pc0 to other pcs of VLAN. 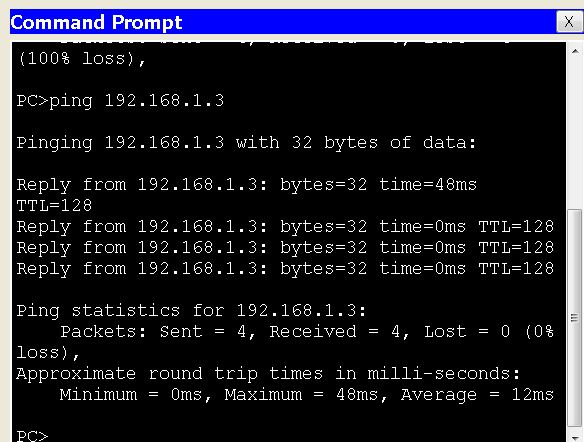 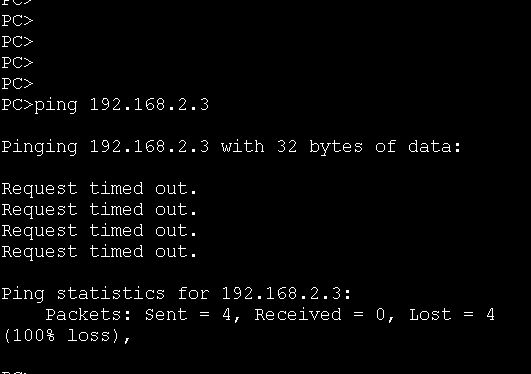